Had a crazy dream last night: I was part of a special operations anti-terrorist swat team (me and another guy). We had all kinds of cool wear and gear. I had this great pistol that took what looked like shotgun shells but they were really giant orange rubber bullets. So me and the other dude go to liberate this high school where some of the "bad" kids were holding everyone else hostage. As we work our way up the stairs to the cafeteria on the top floor, I'm popping the occasional rubber bullet into an attacking student's stomach or knee or whatever. Doesn't kill them, but knocks them down and appears to hurt like hell.
So we get to the top floor and everyone's in the cafeteria and the leader of the bad kids (who looks just like one of those many popular young singer/actors from one of those boy-bands always on tv) comes up and says that the only way to settle this is with a knife fight.
So we all go down to the courtyard and I'm supposed to fight four of them including the leader. So first I tell the umpire (sitting in a high chair like a tennis referree) to move his white chair back and up the curb. He moves, and then I make sure all the cars are moved off the courtyard and I tell the four kids to each stand in a corner of the courtyard. The courtyard is big, like a soccer field. So they all go to their respective corners and of course in all my great gear I don't have a knife so I borrow someone's thumb knife with a lock blade.
I walk to the far corner from the leader and face the fat kid. He takes up a wicked knife-fighting pose like he's done this before, and he's kind of sizing me up and dancing around a bit and I'm just standing there. Then in super-slow motion he slashes at me and I just side-step out of the way and stab my knife into his neck. We stand there for a second: me with my hand on my knife in his neck, him with his arm outstretched slashing at where I was. Then I pull my knife out and this stream of blood just spouts out of his neck and he drops like a rock. I look back across the courtyard at the other 3 kids and they're not happy. The leader is looking a bit worried, and I start walking to the next kid in the closest corner and he's looking like he'd really rather be anywhere else.
And then my alarm clock rings and I woke up.

Friday
Dinner at Lucky with Eric and some folks. Eric's finally on his way back to NY after several months in his Tokyo office.

Saturday
Laundry, dry-cleaning, 6 taiyaki for breakfast. Had the Denjushiki ("Receiving of the License") for Naganuma, Okazaki, and Ando sensei. Having one Menkyo (licensed) sensei is a big deal, three is amazing. Shiokawa-gosoke gave them each a long scroll, listing that they are licensed in all 20 basic forms, plus the naiden and okuden advanced techniques. Then they each did a few kata (photos later) and finally we went downstairs to feed and drink.

Sunday
Tamitsuji-sensei convinced me to come to practice in the morning, so I went to the newly opened Meguro Ward Citizens' Center. Wow. What a brilliant waste of taxpayer's money! It's a fabulous building that opened a month ago. Completely air-conditioned gym, changing rooms, big lawn...After practice we grabbed some lunch and drove to Hatogaya for some cutting practice. Only about 5 of us, so Tanaka-sensei was giving one-on-one instruction. The result: totally successful one-handed gyaku-kesagiri (rising diagonal cut), four times in a row! I think I'm getting the hang of it, even though I still can't cut cleanly on a draw -- then again that's pretty advanced so there's no reason to expect being able to do so.

Monday
Hiroko and I braved the rain and went to Ueno to try and find Charity and Lee some Korean-made rip-off Kappa tracksuits. Mildly successful. Then we met Masa at Roppongi station and went for a 2 hour thai massage. Absolutely fabulous. This needs to a monthly event!
at 9/17/2002 10:39:00 AM No comments:

quite possibly the best picture ever taken

quoting jeremy:
Jason Lee was on Conan last night wearing a white
t-shirt with this picture on it. 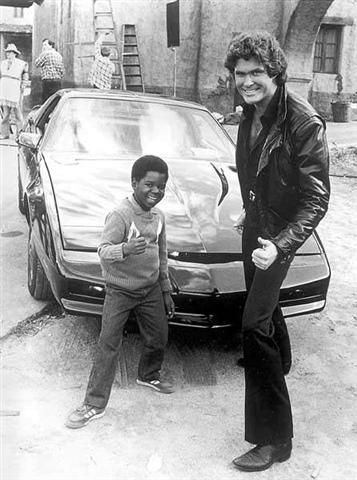