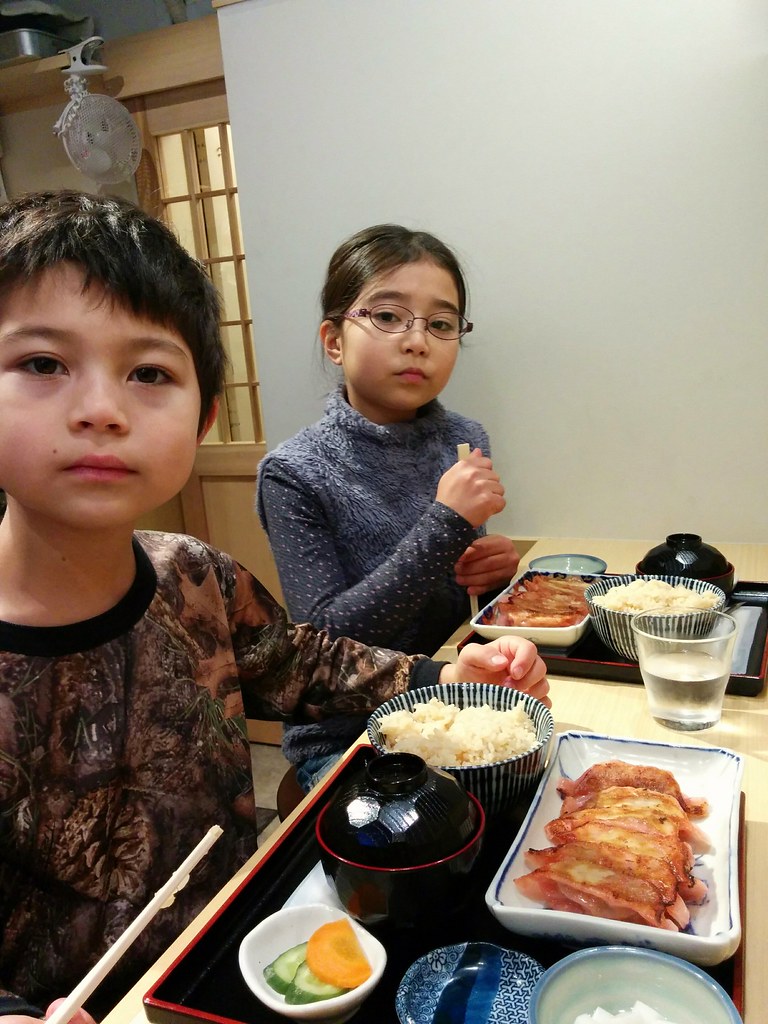 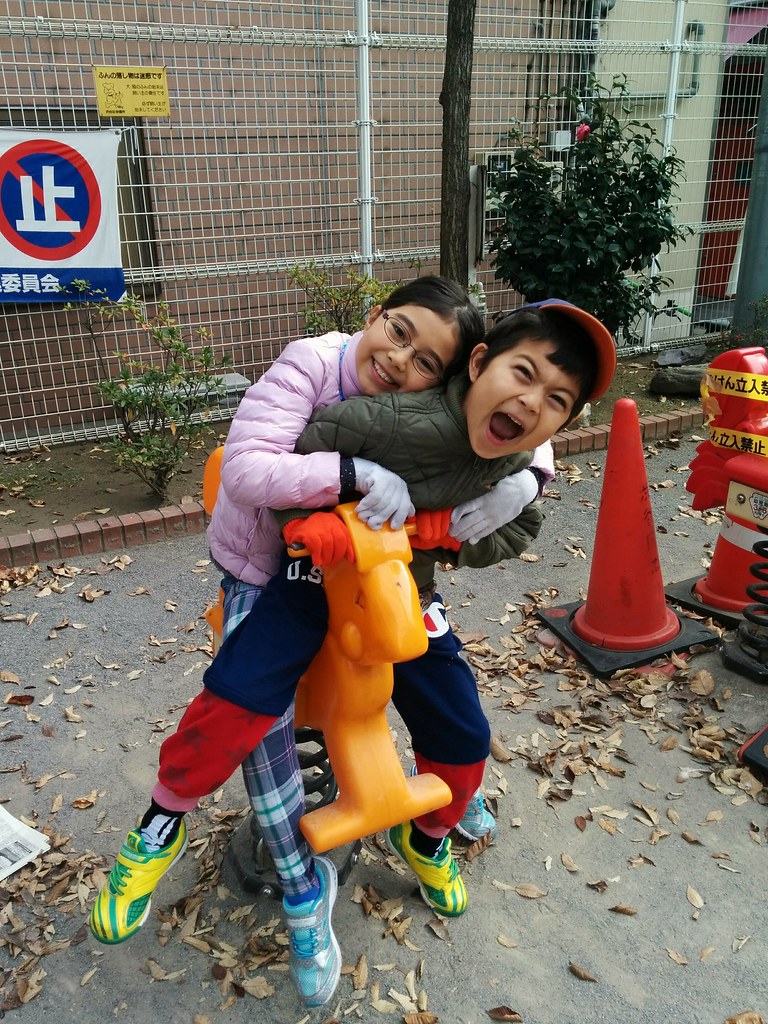 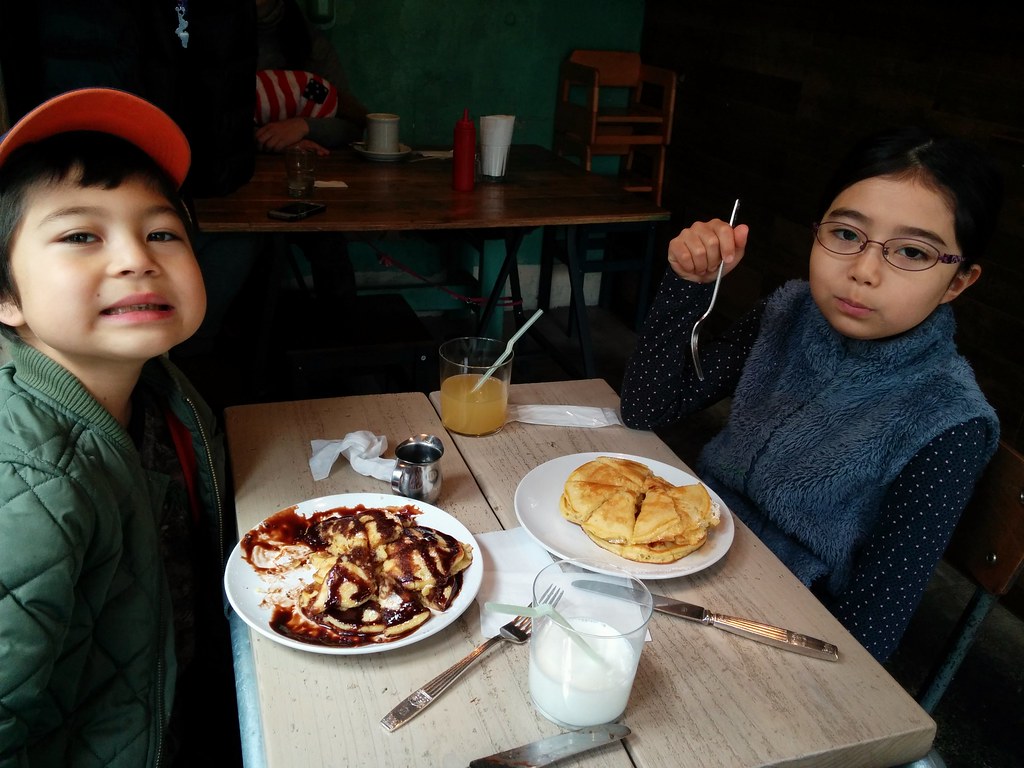 Star Wars: The Force Awakens, did, in fact, kinda suck

I take issue with the movie for a few possibly overlapping reasons, and I accept some but not all of Matt's explanation.
But ultimately, my beef (more with the internet than with the flick itself) is that, really, it wasn't that good of a movie.
I mean, I enjoyed it. My 6 year-old son LOVED it.
But at way, WAY too many points in the movie did JJA twist my arm behind my back and slam my head into the "SEE WHAT I DID THERE? NOSTALGIA! INSIDE JOKE! TOYS!" wall.

I was HOPING that JJA and Disney would make some effort (especially given who wrote the screenplay) to make, I dunno, a reasonable attempt at a movie with a moderately sensible plot.
"Moderately sensible", for those who don't know, means "don't need a plethora of internet wiki pages to explain all the back-story not in the movie to understand wtf is going on".

First off, I will forgive EVERYTHING that has to do with the force. Rey's immediate mastery thereof? She's a prodigy, forgiven.
Seriously, all of it. No matter how utterly, ridiculously, illogically, unfathomably bullshit lazy stupid.
FORGIVEN. It's the goddamn force, ok?

However, the below plot-holes / foibles / stupidity is a sign that the movie was made specifically to sell toys and very little attempt was made to craft a reasonable plot.
If that's acceptable, cool. But as a MOVIE? Failure.
My basic premise:
JJA is a Lazy. Pandering. Fuck.

Then again Disney didn't ask him to make a decent movie. They asked him to make Star Wars so that this generation of kids will be as smitten as I was when I was 5.
And, it worked! My 6-year old son LOVED it. He wants all the toys.
Mission Accomplished Disney and JJA.

But as a MOVIE? Like, with a plot and stuff?
Failure.

Po can fly a tie-fighter. Yup sure he's an ace.
Rey can fly the Falcon.
And fix it.
Why not, she's a prodigy. Force-mechanics or something...sure, whatever.

Finn and Po steal a tie-fighter and escape...sure that'd happen.
Because he's such an amazing pilot in a ship he's never flown before, he can escape the few feeble offensive ships and guns engaged to stop their escape.
Fuck it I'll forgive it all, hell it's just a movie right?

And no one follows them down to the planet.
I'm sure someone can come up with a good reason why Kylo "let" them escape...but the plot yoga required to make that make any sense...well Occam's Razor: the simplest reason is usually right. So here it is: JJA was a lazy fucking director and no one cared; sell toys right?
So off the ship they go, cause that's how it worked in Episode 4!
Lazy. Pandering. Fuck.

Then Finn spends a pretty significant amount of effort to get OFF the planet and AWAY; he's utterly FREAKED OUT that They Are After Him.
Cue the (forgiven, fuck it) bullshit Falcon steal.

Matt has some convoluted reason why maybe it was Part Of The Plan: Han and the Old Folks in their infinite wisdom maybe LEFT the Falcon there, just in case some day, Prodigy Rey would need to...steal a piece of junk spaceship and escape near death at the hands of The Bad Guys?
Or maybe...I dunno, maybe JJA wanted Ray and Finn on the Falcon, because wouldn't that be nostalgic and awesome?
Occam's Razor.
Lazy. Pandering. Fuck.

Later, we discover (much to my 6 year-old son's delight) that Po ain't dead!
He survived the crash! And escaped the planet!
Something he failed to do the first time, so I guess he learned something...then again HOW he managed to escape?
Especially since Finn was busting his ass to figure it out, and only managed it because of Rey (and Han/Luke/Leia's brilliant Falcon Plant decades ago?)
Oh right, Po is an ace pilot...and a quick learn on planet escaping...
Then again, maybe JJA is a just a lazy fuck and no one cared: "We gotta sell Po toys! Need a bad-ass pilot. Bring Po back. How? Dunno, just...do it!"
Lazy. Pandering. Fuck.

Let's talk about Finn.
He's on his first mission; refuses to kill. Great character set-up: Trooper with a heart. Love it.
BUT.
He is also in "sanitation".
Now, for comparison, I am sure there are plenty of Marines who do things other than carry a rifle and air-drop into villages to shoot people.
Say, the marine who cooks the food, and the marine who cleans the floor, and the marine who repairs the truck, the marine who launders the uniforms, the marine who does the paperwork to ensure everyone has enough toothpaste...but see, these guys all go through basic training, but on a regular basis they don't gear up in full armor, grab their firearm, and air-drop into a village assault.
But Finn does.
Oh, but the First Order are different!
Sure...except they aren't.
There are TONS of bad guys who aren't storm troopers; they are sitting at desks, operating machines, prepping ships in the hangar; many of them have cool hats and British accents...
You know what NONE of them do? Dress up in white armor, take a blaster, and airdrop into a village assault.
SO, why does Finn say he's in sanitation? Because it's critical to developing him as a character?
Important to move the story forward?
Or JJA wanted a cheap gag, a throwback to the original Episode 4 trash compactor scene?
Lazy. Pandering. Fuck.

Final Boss Battle: Kylo gets shot with Chewie's Widow-maker, takes a knee, and shakes it off, because: Dark Side (forgiven: see above.)
Then again he uses the force to choke and fuck people up the whole movie, and he slams Rey into a tree from meters away, knocks her out cold.
SO CRUSH HER FUCKING HEAD AND BE DONE WITH IT.
Oh but no, let's stomp about in the snow and have us a couple of nice hand-to-hand fights because that's what JJA needs in the movie because nostalgia, etc. etc. so any old shitty premise to set it up will do nicely, thanks.
Lazy. Pandering. Fuck.

And finally, ultimately, really: I am supposed to FEEL for Kylo, because of who his mommy and daddy are? He killed several tens of billions of people. He is orders of magnitude more of a fucking scumbag asshole than grandpa. I don't pine for his salvation; I want his ass DEAD because he's a total piece of shit.
You can show me as many deeply personal biographical portraits of Hitler as you want; man, failed painter, politician...I don't. Fucking. Care. Piece of shit asshole scumbag deserves death.
Kylo? Worse.
MULTIPLE PLANETS.
BILLIONS DEAD.
Totally. Unforgivable.
So ANYTHING that happens in the future movies, that forgives his ass?
Lazy. Fucking. Bullshit.

(Again Matt had some excuse for not shooting Kylo on sight; something about "that's not what happened in Episode 4, either".
Which is bullshit, because Luke was watching Obi and Vader THROUGH A GIANT TRANSPARENT WALL and was running for his life being pursued. But I digress.)

Oh boo hoo he's Han's kid, we can't shoot him! Dad might REDEEM HIM!
Hitler had parents, too.
And do Finn and Rey even know Han is dad?
You know what, fuck it. If THAT is what keeps them from blasting away at him, then fuck them too.
This guy is a murdering evil piece of shit on a scale that The Emperor could only DREAM of.
SHOOT HIM.
Fuck Han; Worse. Dad. Evar.

And Chewie? When you shoot the guy who just killed your best friend? And he doesn't die? SHOOT HIM AGAIN. ALOT. UNTIL HE'S FUCKING DEAD.

There is more...so much more...But again, who fucking cares, right?
Most of you (the royal "you", as in "everyone on the intertubes EXCEPT the Queen of England") decided to love this movie MONTHS before it even came out.
And that's cool.
First, because Episodes 1-3 were so epically fucking BAD you had already been burned horrifically.
And so I feel for you, really. You deserve better.
We all do.
JJA didn't bring back Jar-Jar, even though they share the same initials. For that ALONE I love him.

But seriously, JJA did to Star Wars what he did to Star Trek: he "rebooted" the franchise, keeping enough nostalgic throw-back to keep original fans engaged, at the same time making it fun and new for a whole new generation.
And that is totally cool. Like I said: my son loved it.
So JJA and Disney win.

* If you read this far, you noticed I didn't start this post with "warning: spoilers".
You know why?
Because I don't fucking care. If you haven't seen the movie by now, and read my blog...well, fuck it. Your problem. 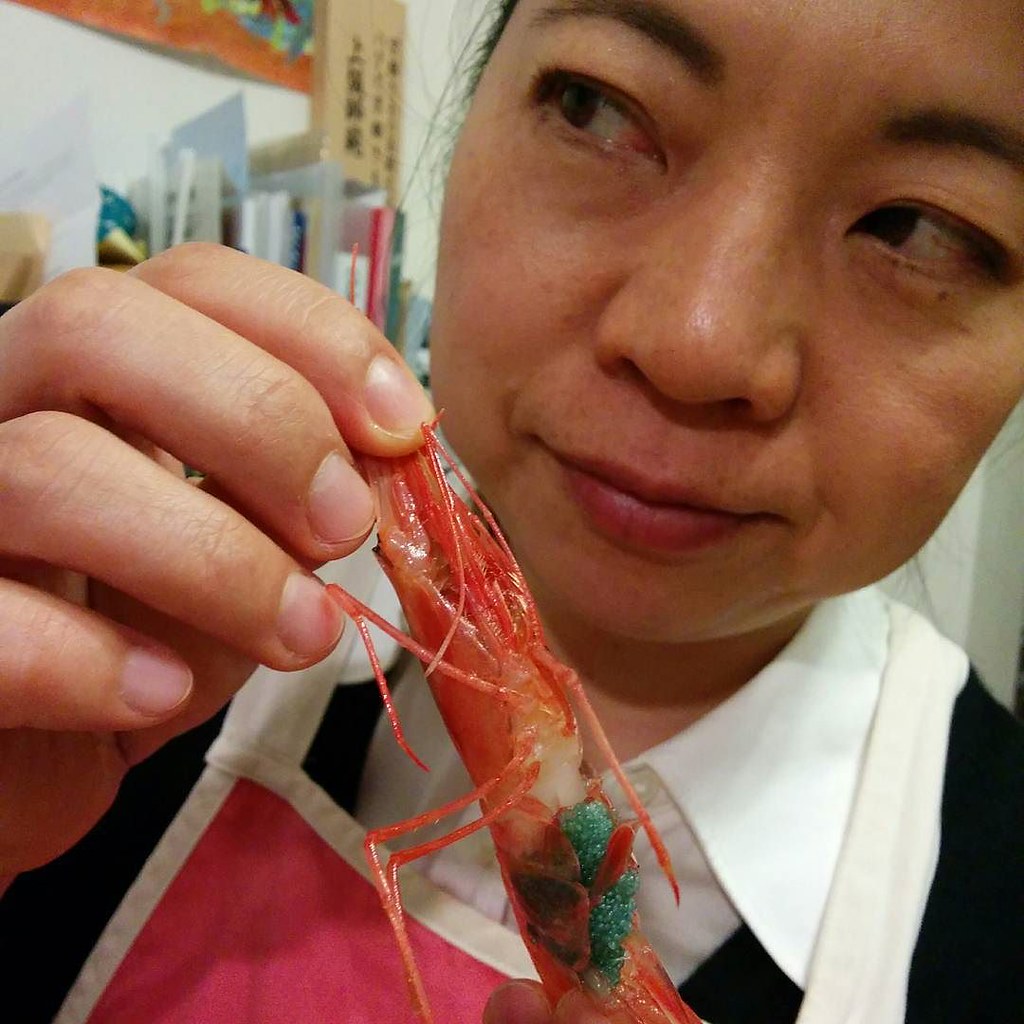 #tfw I broke my pliers 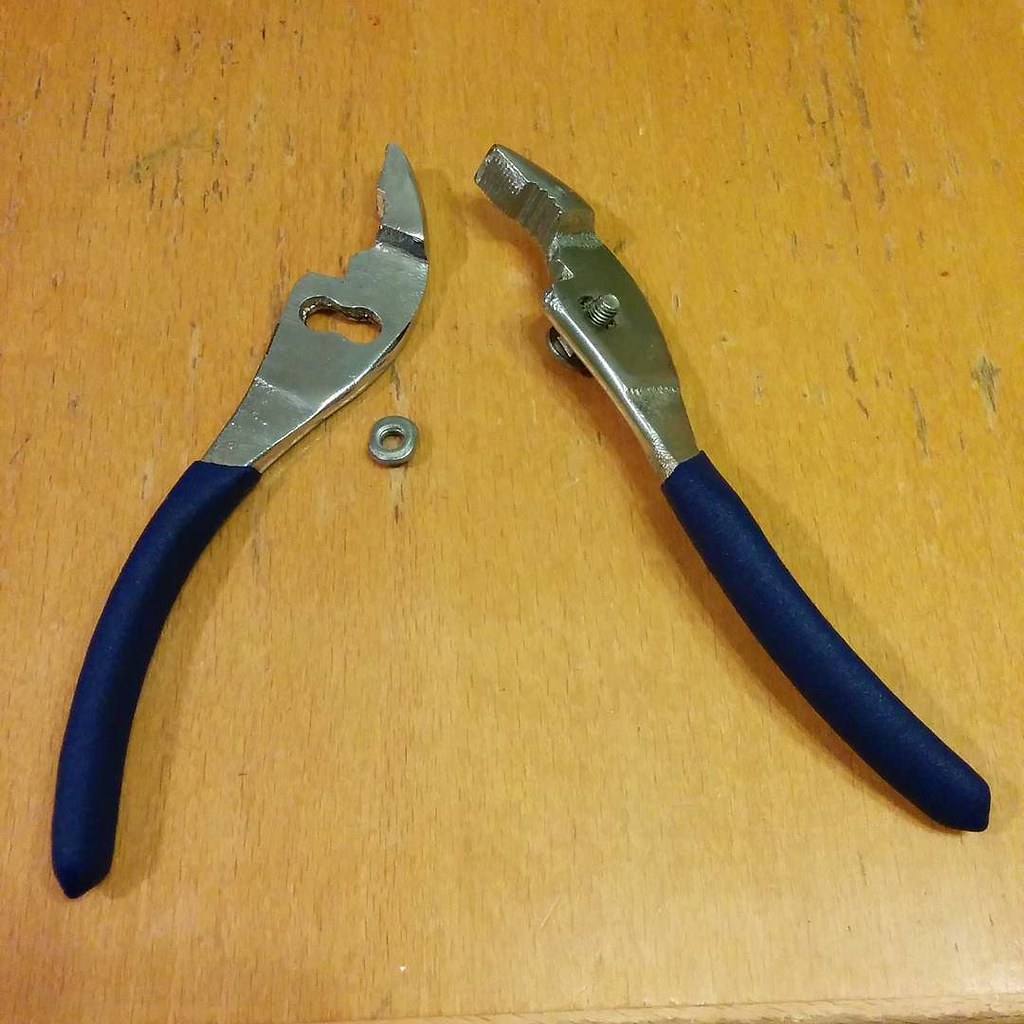 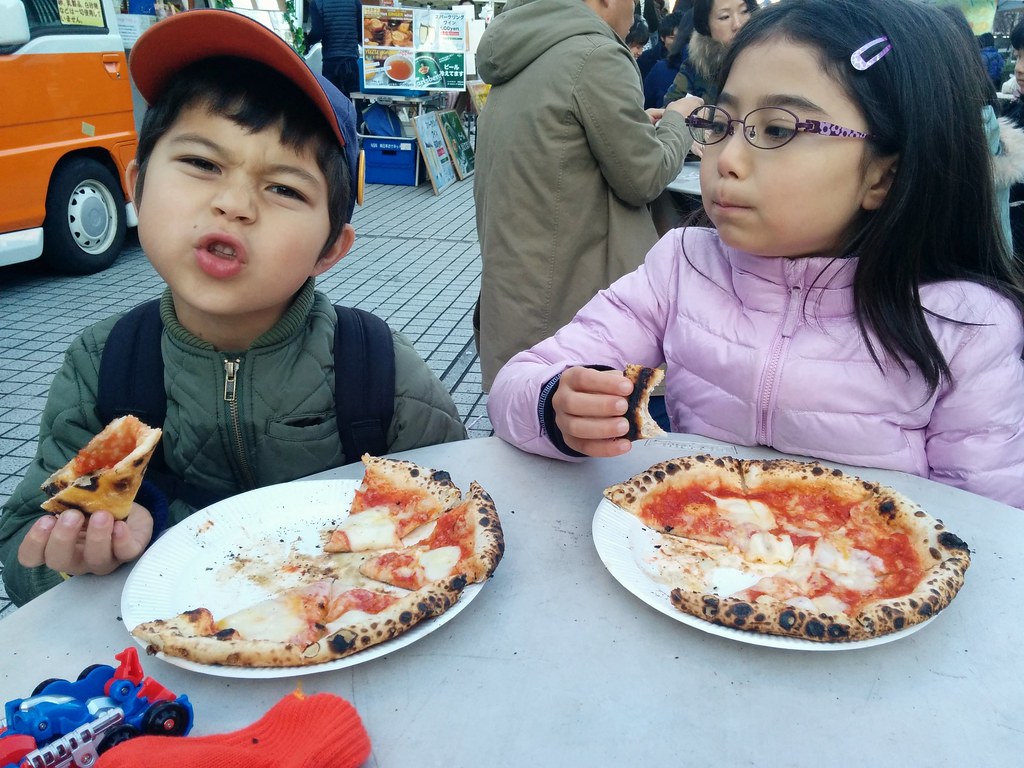 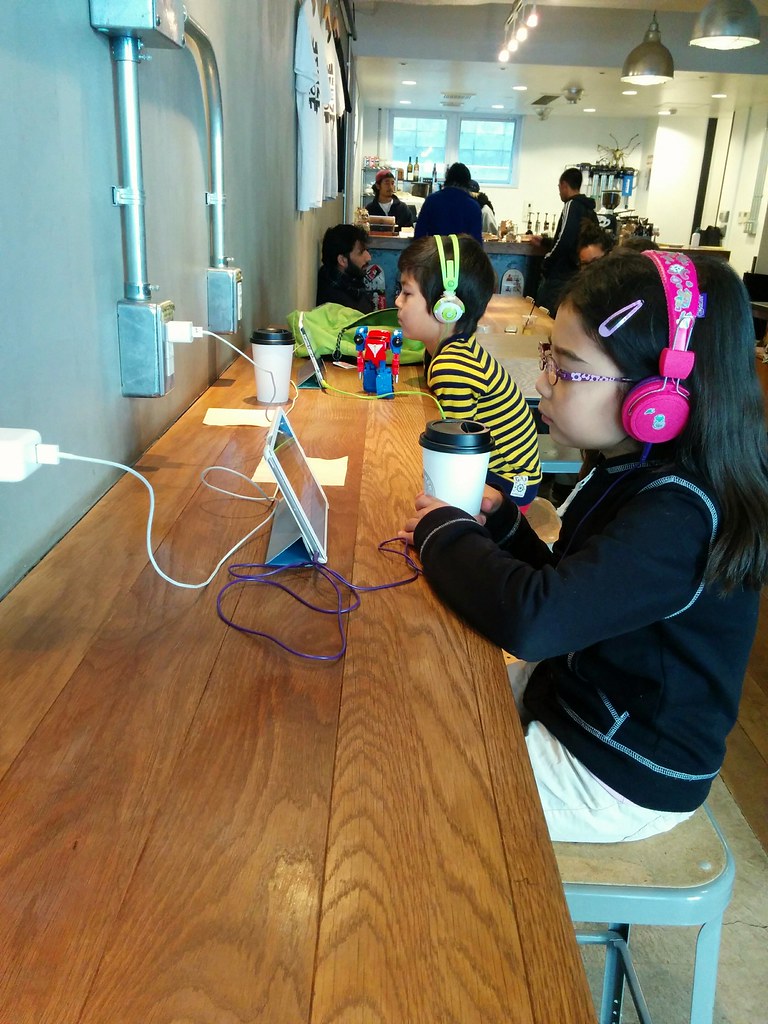 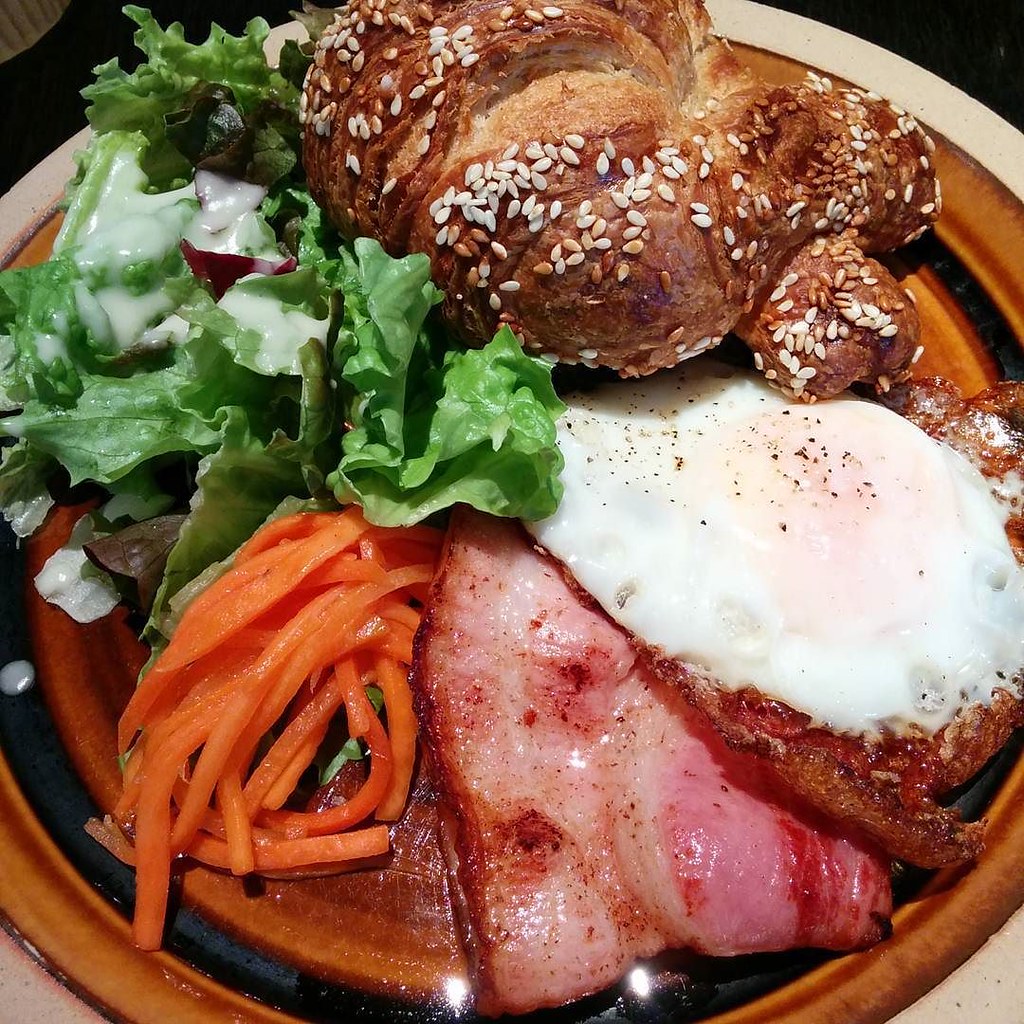 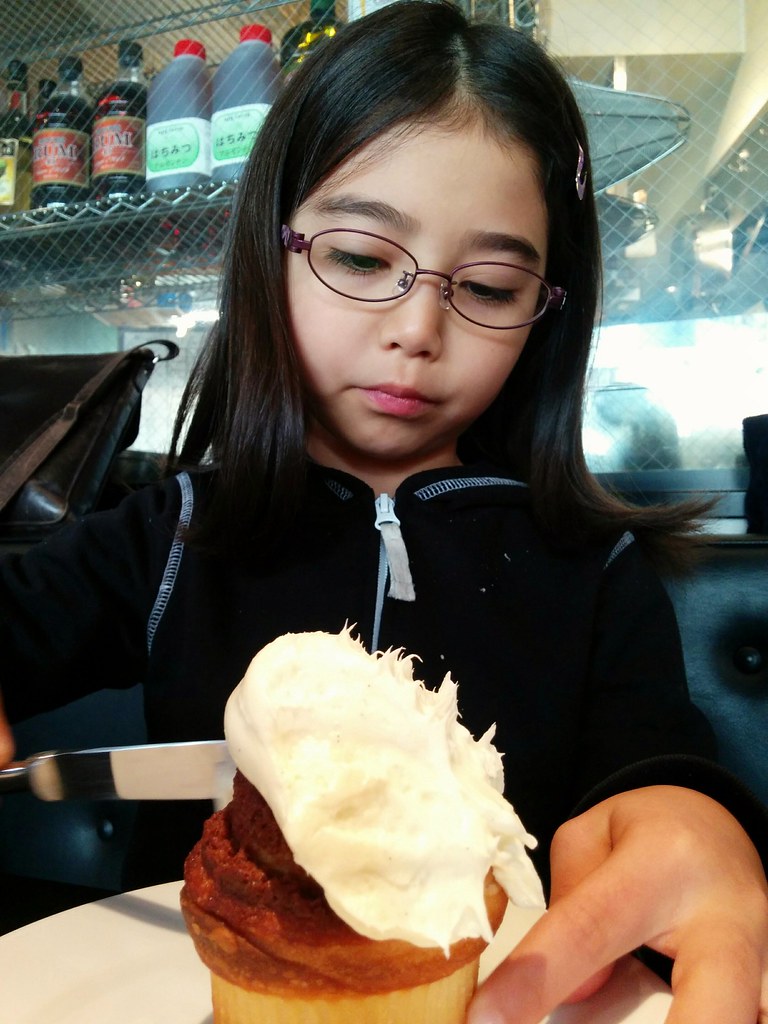