Put up the photos from the taikai last weekend.

Went down to Machida to drop off Tony's swords and they told me that Hataya-sensei and everyone was down at Tenmangu Shrine demoing. So I walked down to the shrine and got some festival munchies and waited for the afternoon session to start. Saw sensei and several other folks from Toyama-ryu, and then watched the cutting demos before heading back home.
Here are some videos.

Yearly health check first thing in the morning. So I cruise over to the Ark Hills Clinic at 9:30am. Nice place. Chest X-Ray, pee in a cup, height/weight/eyesight...everything's going fine. And then it's time to take blood. Usually, they make me lie down when they take my blood. But this year would be different. New clinic, new nurses. No problem. So I sit down, put out my right arm, blood pressure check, close my eyes, and in goes the needle. Barely even felt it. No problem, I thought. The I open my eyes, and the nurse says "Hold here." And I sit there. "Hold here." she says again. And I sit there. And I think "I will not pass out. I will not pass out. I will not pass out." And then I start sliding to my left, and the ninja-nurse behind me catches my head just before I slam into the wall, and the other one grabs my shoulders and they straighten me out. "You ok?" They ask. I sort of sit there, and my hands and feet are numb and my head is feeling really, really, really light, and everything looks very, very, very far away. And I'm cold. Nurse grabs my wrist and goes "Woah, low blood pressure!" And they ask me again "You ok?" and I just say "Uh...no." and put my head down and wait for the spinning to stop.
After a couple of minutes, I try to stand up. Bad idea. I sit back down and give it a few more minutes until the blood starts flowing into all my limbs and my head doesn't feel so loopy. 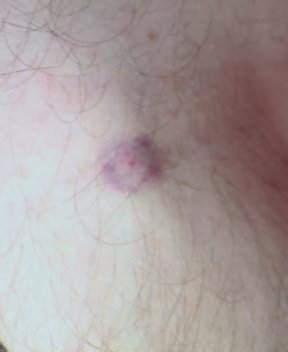 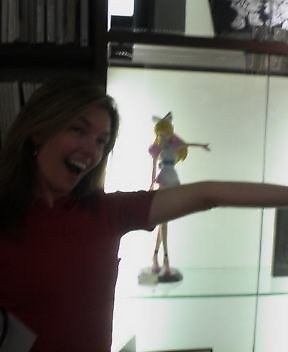 Jenn's in town doing hotel things, and she needed electronics, so we met in Akihabara. First stop: Sofmap. Had to sell my ancient Zip drive and CDRW. Cost I paid for hardware originally: $1000. Amount I got in points for used hardware: $20.
We checked out the cool MP3 players in Yamagiwa, saw the big Sony Vaio display with the new portable media players; cool but impractical like most of Sony' recent stuff. Ended up getting Jenn a bargain on a new Canon Wordtank before heading off to Roppongi Hills to bask in the glory of Mori's architecture. Then we headed to Lucky and met Hiroko for some much needed dinner before coming back home and checking out cool onsen magazines and giving Jenn a bunch of good travel tour ideas.

America is a great country when even Kevin and Zareen can buy a 4100 square foot house with jacuzzi and pool, his/her toilets in the master bedroom, and a rec room soon to home theater.

It wasn't pretty. Hiroko and I got to the hotel to find a broken and miserable Tony crashed out in Neeley's room. He was wrecked. But he was doing better than some other folks, who got even more destroyed. Seems Roppongi was good to everyone last night. They danced at Castillo's, they drank at 911, they chatted up the Nigerian bosses and Russian prostitutes. They got back to the hotel about 4am.
First order of business was getting Colin's head shaved. Walked down to the 10 minutes/10 bucks QB haircut shop and it was all over soon. The young trainee was taking her time, carefully cutting lock after long, black lock, but the manager just told her "You're gonna just buzz it all off. Get to it!" Hair rained down and piled on the floor. Colin looked nervous, and slightly bummed, but to be totally honest, he looked good with a shaved head. At least, if he looked like a total moron, we'd let him know.
Got him in a cab to the airport, then went back to the hotel to rouse Tony. Fed him some super-powered healthy drinks (caffeine, aspirin, nicotinomide) and got him outta bed and in a cab to the airport bus. Neeley and Joanna and Keith (who walked the Dark Path last night and was paying for it with a hacking cough) went off to Kuroda-sensei's practice, so we bid them farewall and we trundled Tony into a cab.
After we got Tony on his way, Hiroko and I went to Ginza to buy the cool shoemaker's stool from Matsuya Department Store, but as karma would have it, they sold out of the little one! Should have bought it while we had the chance. We grabbed some lunch and then bussed home to watch silly television and prepare for work tomorrow.