Otsuka-san sent me some more photos from Sunday: 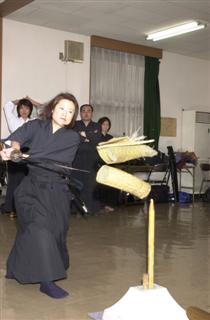 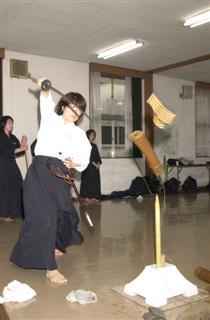 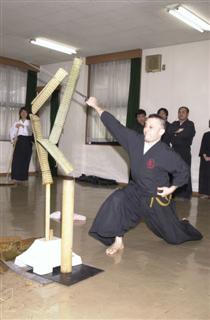 as bad as expected

I totally blame Kevin. He got me started reading Jordan's Wheel of Time series, and I must admit the first couple of books were really good.
Now, however, I've just finished the 10th book in the series and it's just painful.
First of all, there is absolutely no chance Jordan will ever end this stupid series anytime soon. 10 volumes into it, and there are so many characters, plots, subplots, and unresolved issues that things will culminate into the "last battle" where good squares off against evil to decide the fate of the world.
Where the first books had chivalrous knights, cool magic, and neat battles against trolls, the story now suffers from "Dragon Ball" syndrome -- the characters are so strong that the good guys wield magical swords that destroy entire armies and the bad guys are evil incarnate.
Furthermore, the complex social interaction and political maneuvering was interesting at the beginning, but now every chapter devotes far too much time to characters being stone-faced without giving away any emotion, but wondering whom to trust, what that glimmer in the eye or straightening of the skirt ruffle meant. And there isn't nearly enough fighting anymore. In fact, the 10th book takes place at basically the same time as the 9th book, but there are so many main characters that nobody knows what anybody else is doing and it takes two books to explain less than a month of nothing: One guy is looking for his kidnapped wife (kidnapped 3 books ago), finds where she is, but before he tries to get her back, goes to the nearest town to buy grain and supplies only to find that the town is haunted. Another guy spends the entire book hiding from the bad guys with a travelling circus, with the enemy princess fated to be his bride whom he kidnapped (and I can't even remember why he kidnapped her.) The main good guy spends this entire book doing what he was doing for the whole last book, and at the end finally decides he wants to negotiate a peace treaty with the Bad Army From Over There. And everyone else spends their time plotting, swearing oaths, breaking sworn oaths, wondering who's really sworn, wondering who's evil and is just pretending to have sworn, and figuring out ways to get around their sworn oaths without breaking them.
Far too much scheming women, heaving breasts, straightening skirt hems and smoothing wrinkles, looking stone-faced with a glimmer in the eye, sighing, sword-practicing with sweat glistening, creeping silently through the forest, smelling evil, respecting honor, and generally introducing too many damn characters and not moving the story along one little bit.
at 1/22/2003 03:51:00 PM No comments:

milk does a body bad

After careful, scientific analysis, my mother finally gets to say "I told you so." I hereby declare: I am lactose intolerant. But fear not! I cannot live without my pizza and parmesan cheese and tazo chai latte. Once again the miracle of science to the rescue: lactaid. Pop one of these suckers and it's Italian gelatto with all the flavor but none of the up-all-night-hunched-over-in-the-corner-of-the-bathroom-in-pain.
at 1/20/2003 03:26:00 PM No comments:

Saturday I did my standard round of stuff; drycleaners, laundry, various bits and bobs of shopping.
On Sunday we had cutting practice and I really got a chance to use my new cutter that I bought from Tanaka-sensei.
In the morning session I was doing ok. Working on jinrai, the okuden form that I'm supposed to do in Kyoto in April.
Had a couple of decent attempts, first time getting the second cut sloppy but really blowing the first cut, second attempt the first cut was ok, but the second cut was just plain off.

Damn, but Tanaka-sensei (quicktime move, 4.3MB, right-click and download to watch) makes it look easy.
Also getting some great advice and standard abuse from Naganuma-sensei, who said he wasn't going to teach us any more because:
1 - when he was learning to cut no one taught him and he had to figure it all out for himself, and
2 - he doesn't want any of us getting better than him (trust me, no fear of that happening...ever)

After practice we were supposed to go over to Mallardi's for a taco-fest, but he had a major meltdown at work and was spending quality time with the lawyers. So I went over to Beck's and we had some pizza and watched Minority Report -- damn entertaining flick, exactly what one would expect from Spielberg.
at 1/20/2003 01:57:00 PM No comments: