Dear Jennifer Hale, such a trooper. After getting an MBA she worked for every startup in San Franciso (I have a separate business card file just for her cards) before getting a job with a company that wasn't founded by a Stanford dropout. And in another few weeks she'll have been at the same company for a whole year!
She's in charge of marketing for Gregory Howell & Associates, Inc., a cool travel company that puts together tours for indivduals, groups, and companies. She's in Japan for a couple of days doing some research and will hopefully be coming back with a Japan tour group.

Oh yeah, and she's still really cute, though she was obviously holding back on the Japanese, because she used to speak some bad-ass mean Kansai-ben! Blonde girl flowing fluent Kansai slang is something to see, believe me. 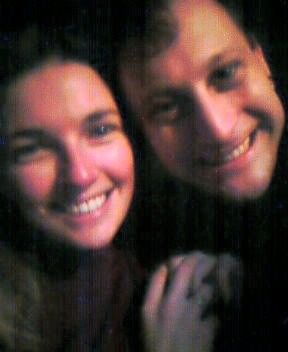 all kinds of excitement

Well, the might steed had some problems last week. My beloved Honda 50cc scooter wouldn't start. Actually, the key wouldn't fit in the lock. Someone had been messing with it -- either tried to steal it and failed, or just wanted to give me problems. Called the scooter shop and a guy came with a truck, dragged the scooter out of the parking lot onto the truck, and ended up having to replace the whole key system. For the bargain price of 18,000yen. Joy.

It was a 3-day weekend for Adults Day (turning 20 in Japan supposedly makes you an adult, though they way the usually act, one must wonder) and Hiroko's parents came to Tokyo for a couple of days to get some culture and have some fun. 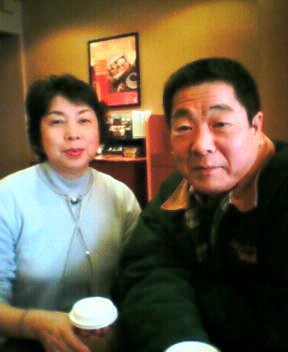 Had dinner at Lucky on Friday, sitting at the counter watching master do his thing 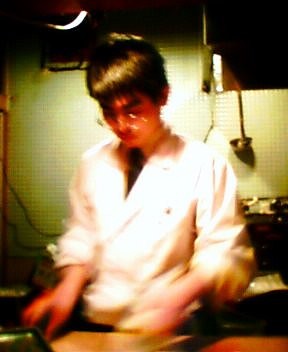 and chatting with mama. 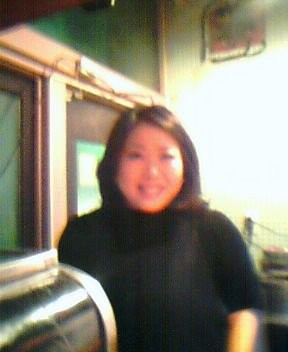 On Sunday we had our Shinnenkai (First Official Practice of 2003) -- couple of hours of practice in the morning, with Ando-sensei absolutely schooling us in the basics. Then a husband/wife team of "healers" talked about nutrition, chiropractics, energy healing, did a couple of quick checks of folks that made me realize the mind has some freaky powers over the body, then more practice, then we had a lovely buffet and everyone got ripped as usual.
I am officially now in Yoseibu, which in English unfortunately translates to something like "Special Education Group". Basically it means I get extra-specially beaten on now, in preparation for someday maybe being worthy of being in Denshobu (another group that defies English translation, but comes out as something like "Legendary Followers".)
at 1/14/2003 09:31:00 AM No comments: