google is smart...almost too smart? 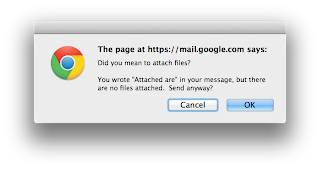 day with the kids

P was out all day doing kimono stuff, so I took the kids.
Threw my back out yesterday, first time in my life, no idea how. Just woke up Saturday morning, and couldn't stand up. Spent most of the day lying down with an icepack on my lower back.
Took some Bufferin for the pain, knowing that I am allergic to ibuprofen. The pain lessened, but the hives on my face and neck were itchy as expected.
Went to get a massage and that helped immensely.
So today I figured I'd be ok, even though the weather reports were predicting ridiculously high temps, like 37C with massive humidity.

So in the morning, first Ton didn't want to go out, so I took Mo to the park, and he used his allowance to buy some ice cream. But then he wanted a different truck to play with at the park, so we went home. By then Ton had decided she wanted to play, too, so we headed over to Kogai Park, the temperature rapidly approaching 35C and about 90% humidity.
Mo fell asleep in the stroller by the time we got there.
Played at the park for a bit, and Ton was hungry so I gave her money to go get lunches at the 7-11.
She came back with pasta for Mo and...a puricure toy fan for herself. Guess she wasn't hungry.
Then Mo woke up, played for a bit, and had to poop but didn't want to use the "dirty toilet" in the park, so we headed to the 7-11 at the corner and I grabbed some fish sausages for my own lunch.
After a while, Ton wanted to go home and Mo didn't, so Ton got on the push bike she borrowed from Mo and went home by herself.
Mo soon wanted to go, too, so we went up to Roppongi Hills to get some crushed ice.
Phone rings. P, saying that Ton was over at our friend's tea shop and I had to go pick her up.
So Mo and I went down the street to get Ton. Turns out she went home, buzzed the apartment, but no one answered. Went downstairs but the neighbors weren't home. Went down the street but the dry cleaner's was closed. So went all the way down the street to the tea shop and had them call P, who called me.
Took the kids home and turns out Baba was home, she just didn't know how to answer the intercom and let Ton in when Ton buzzed the apartment.
Baba left and I made dinner. Kids wanted to make pizza with the pizza dough, so I thawed out the last piece of dough (Baba had made pizza already for the kids; very thoughtful...but actually the kids like MAKING the pizza themselves, not just eating it.)
Kids made pizzas, I put them in the oven, and kids were playing games on the iPad and my cell phone. Mo was complaining that the game wouldn't play...and he had managed to rack up $4 in in-game purchases by the time I saw what he was doing.
Had dinner, kids fighting over the leftover spaghetti, so I put Mo in the hall until he decided to share. Mo was still eating and Ton had to do her homework so she sat down at the table with her math sheet. Mo promptly spilled an entire glass of water on her worksheet. I blow-dried the sheet and Mo used half a box of tissues to "clean up" the spilled water.
Finally got Ton to get her Allowance Book and her wallet and pay me back for the toy fan she bought at lunch. She thought feigning ignorance would get her off the hook, but I had saved the receipt, so she paid up.
Now the kids are fighting over the Cupcake Maker on the iPad and I am hiding in the bedroom.
at 7/07/2013 06:39:00 PM No comments: I bought this with my allowance